Rezvani Motors is a designer and manufacturer of supercars founded by Ferris Rezvani and implemented in Irvine, California. The first model produced in 2014 was the Beast, followed by the Tank in 2017. A “military edition” of the Tank is introduced in 2020 as an Extreme Utility Vehicle (XUV) for the civilian market. Indeed, this car standard options comes with glass and body bullet proof ballistics armor protection, military runflat tires, explosive protection, smoke screen and Thermal Night Vision System. Chris Brown and Xzibit are famous celebrities who actually own the Rezvani Tank Military Edition. That's now your turn to own your Rezvani Tank Military Edition 1 18 scale model! 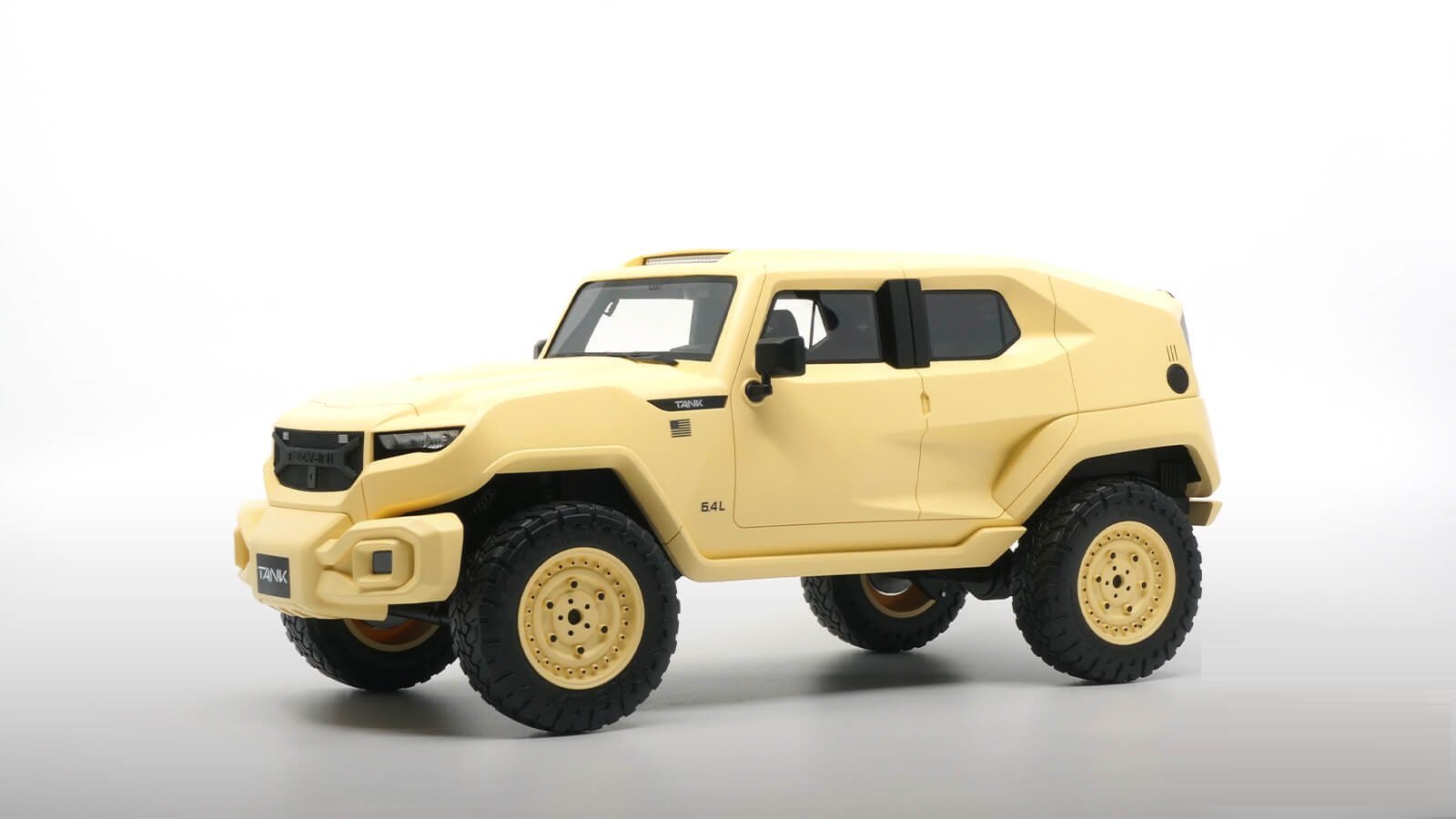 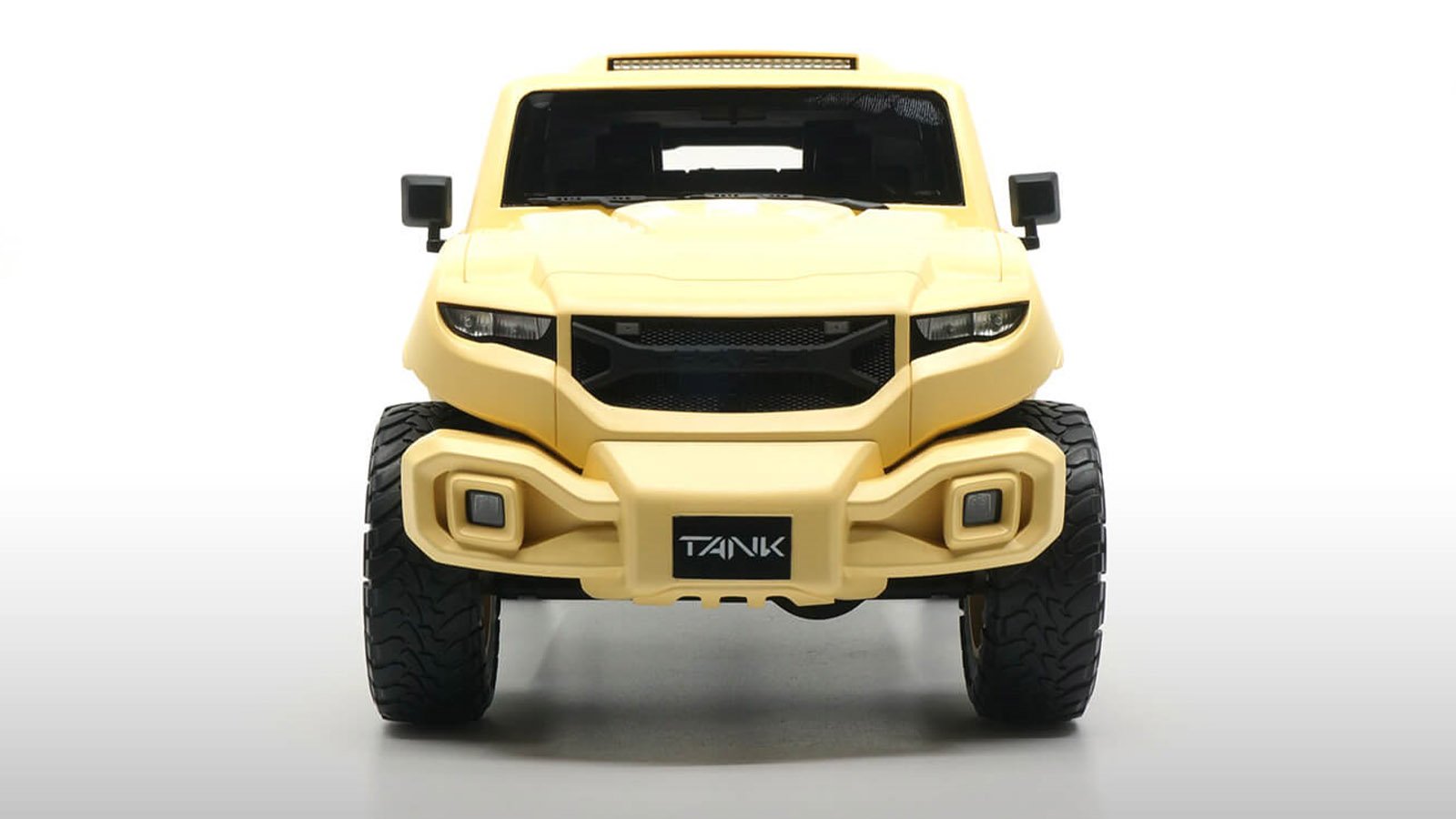 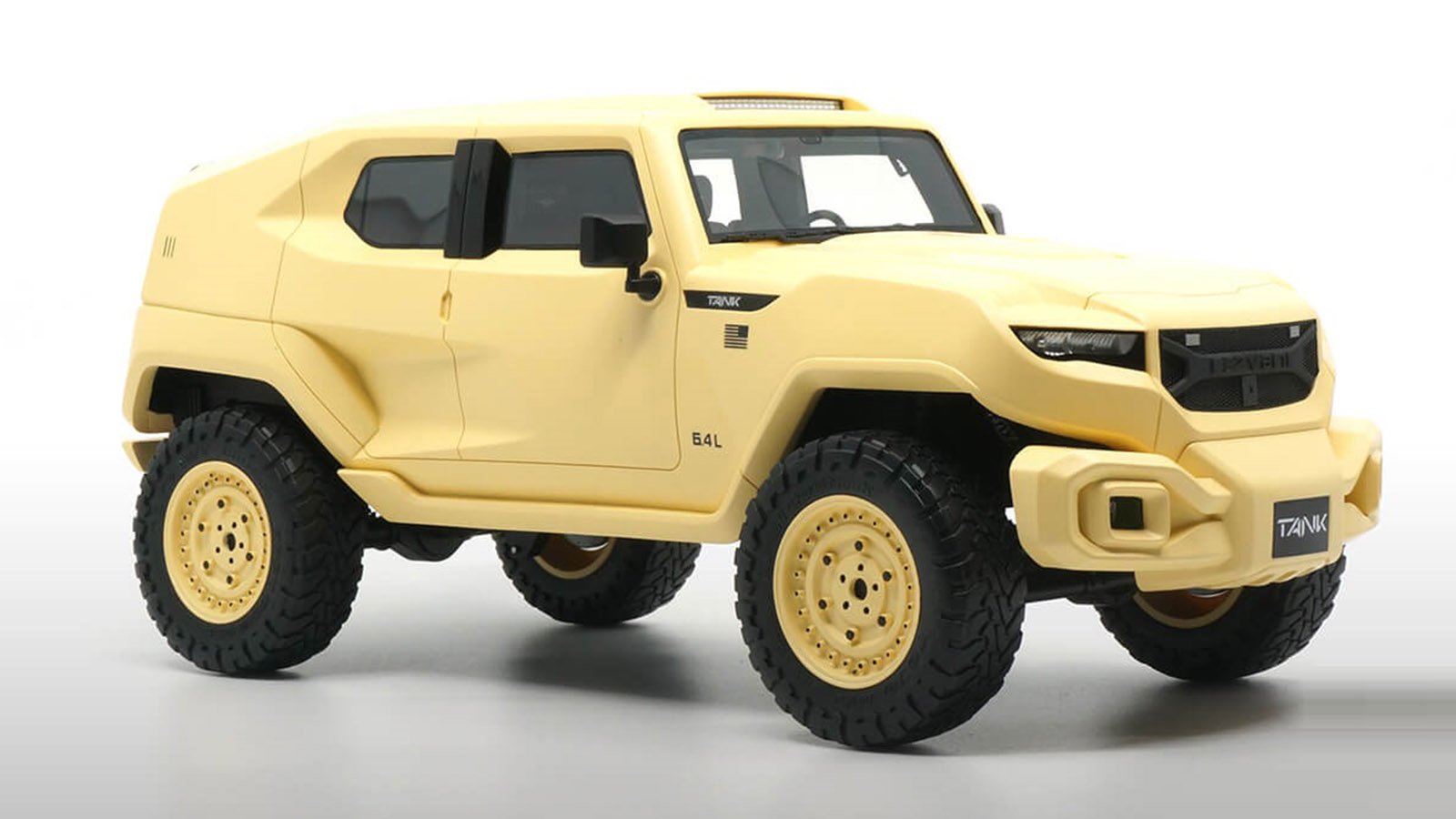 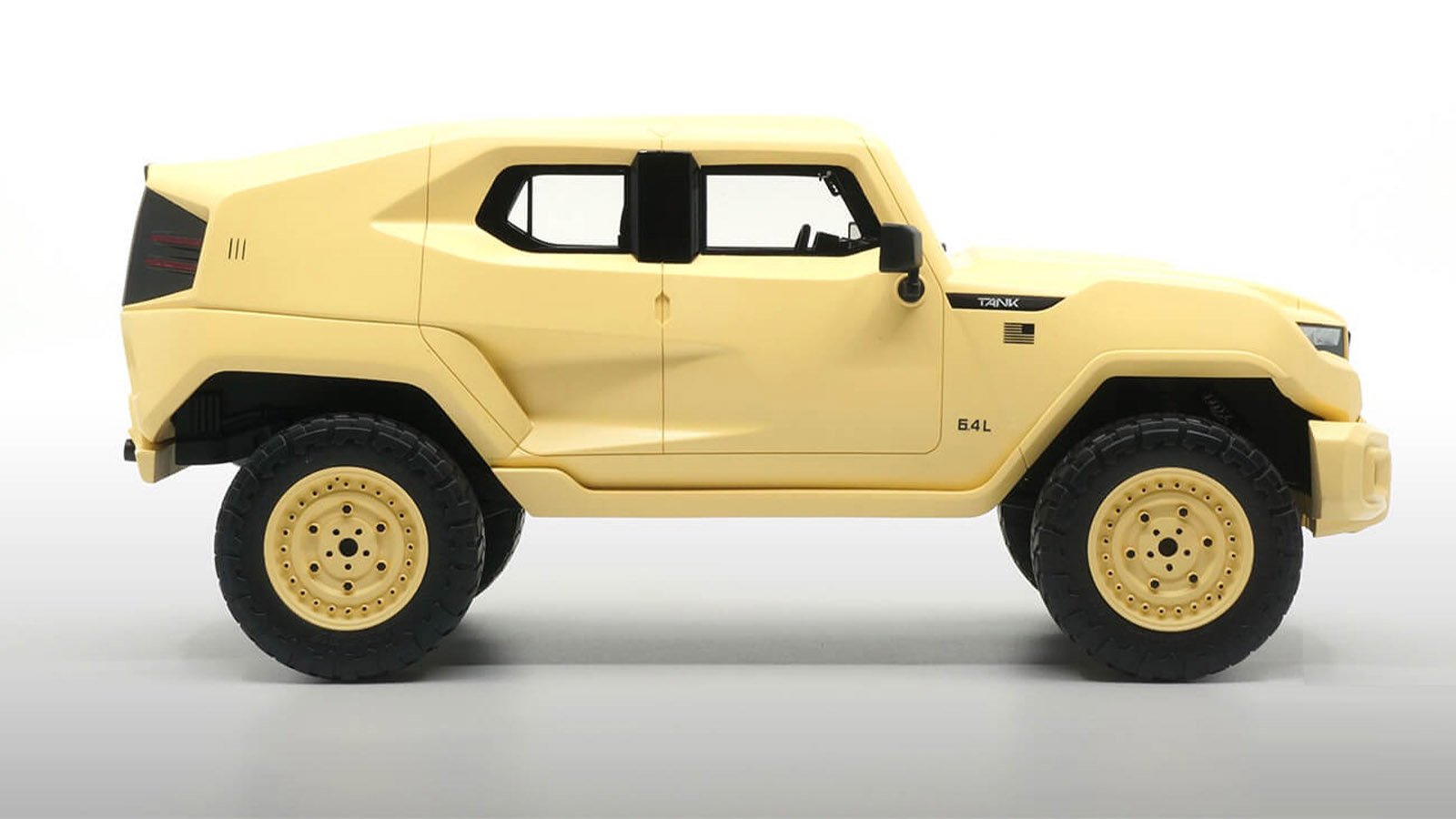 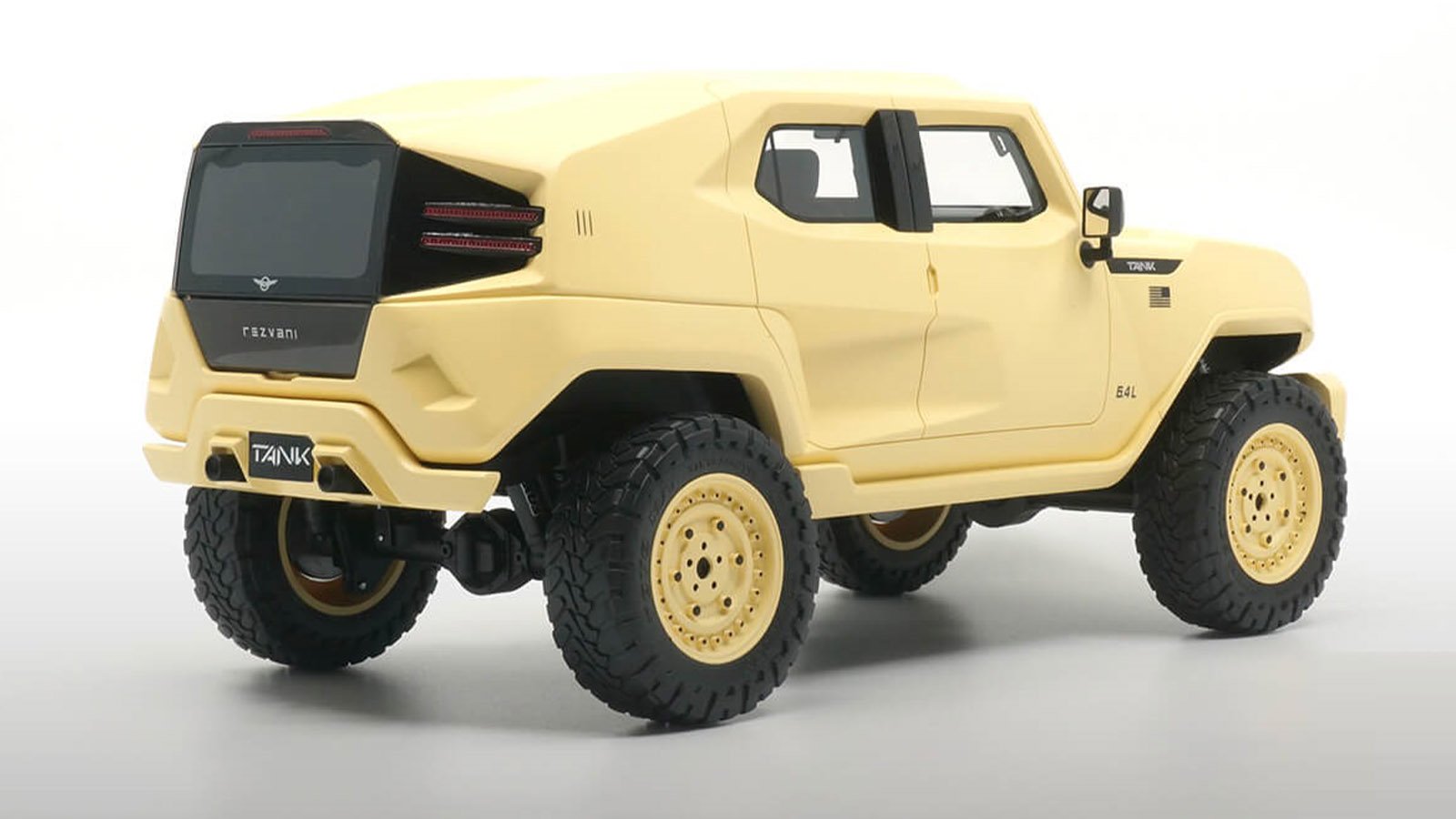 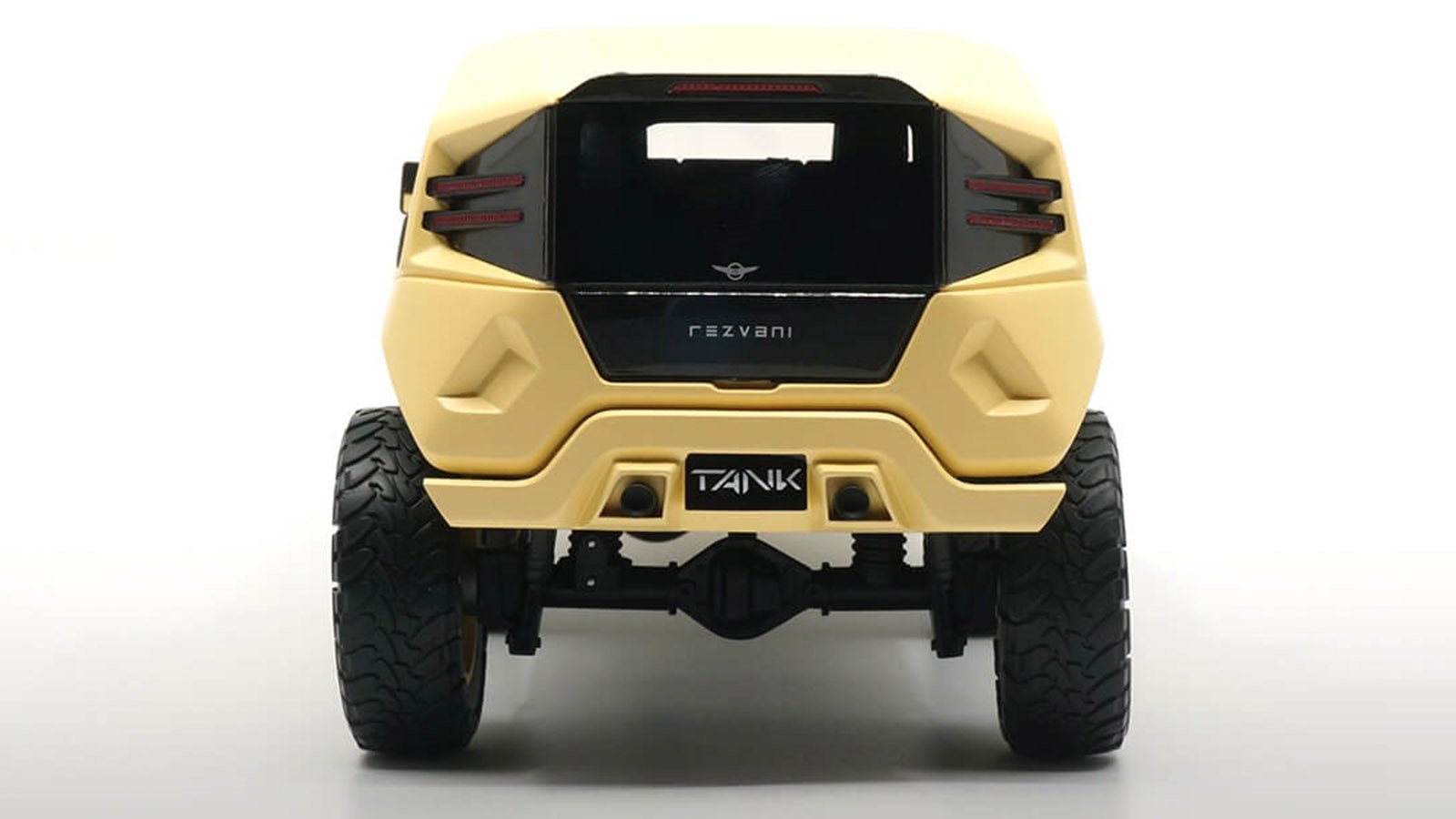 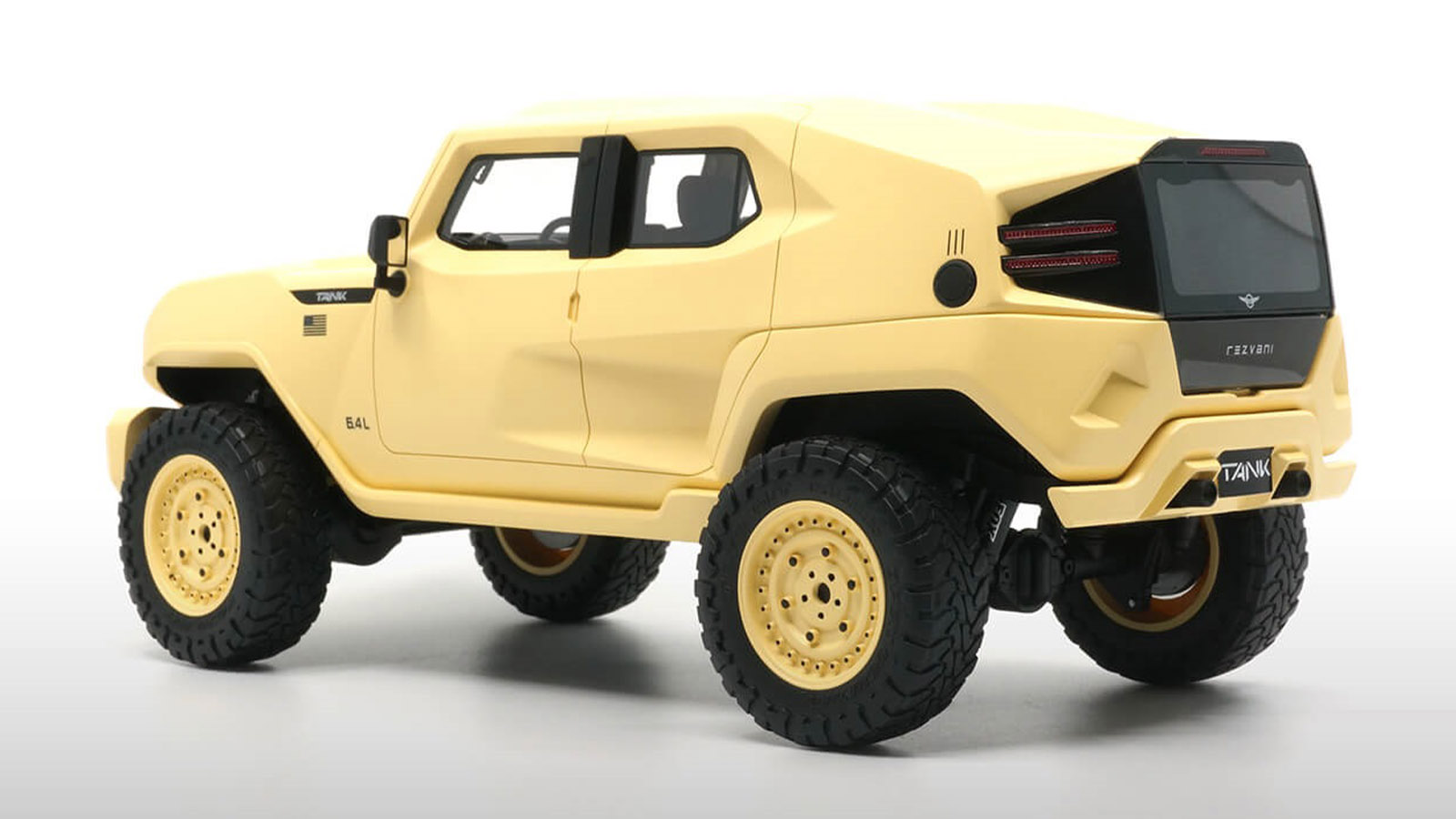 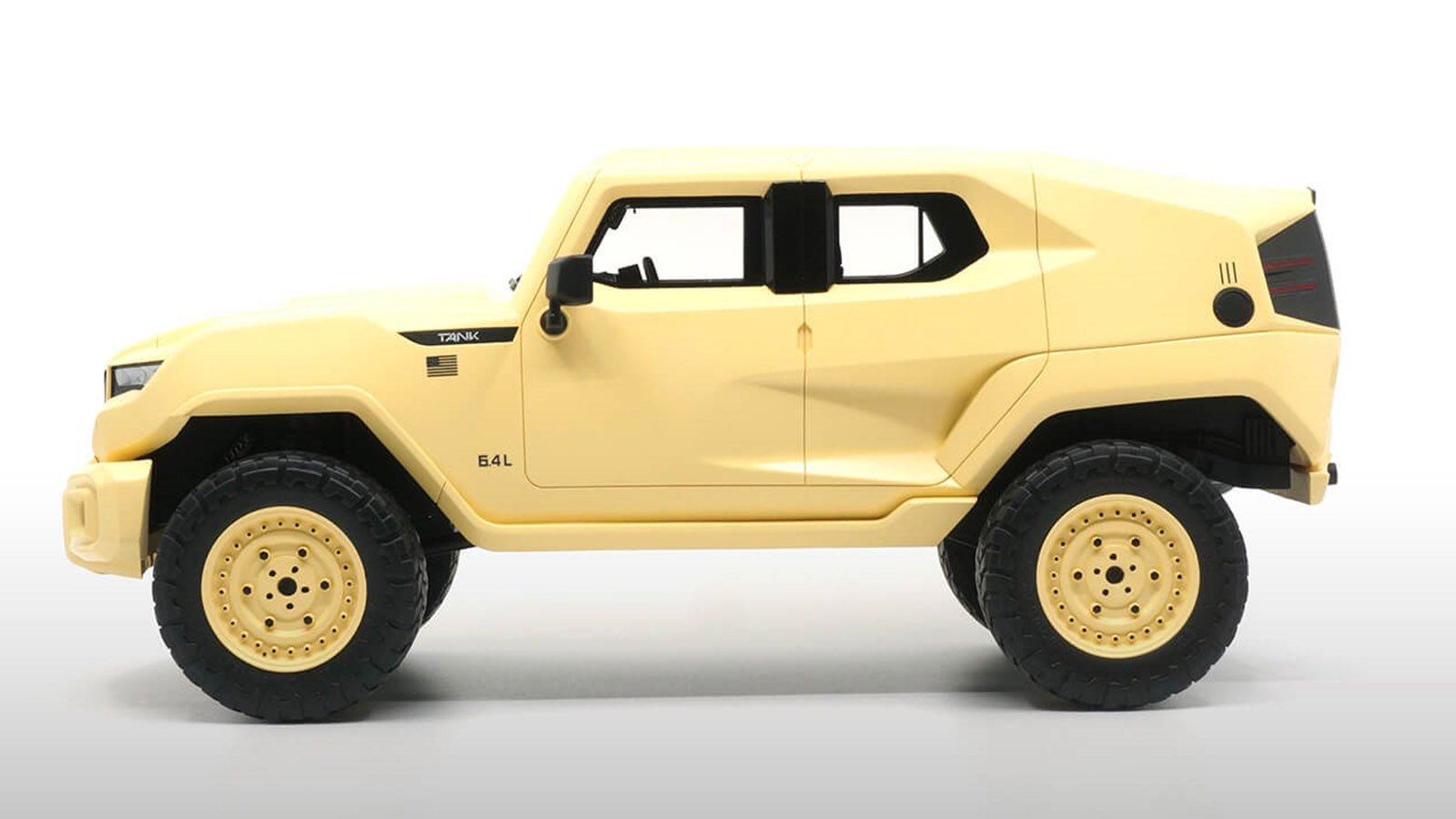 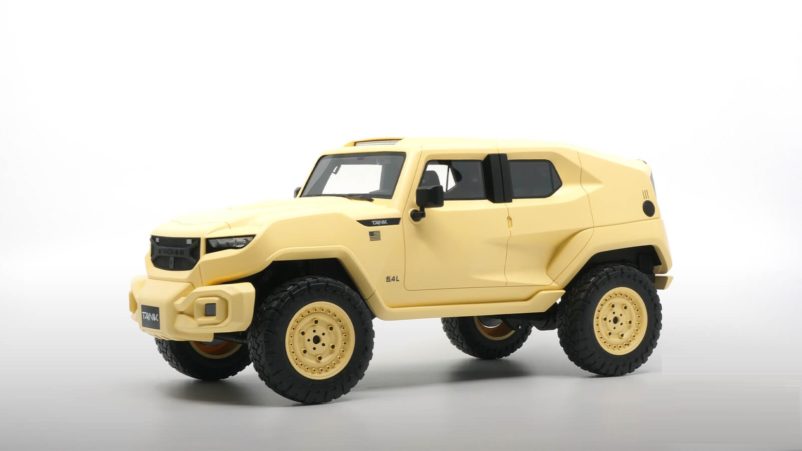 After the success of our first Rezvani Tank Grey released in 2018, DNA Collectibles is very glad to reproduce a very limited serie of the Rezvani Tank Military Edition at 1-18 scale model!
We are not joking here: level 7 ballistics protection, firewall, B7-rated glass armor, thermal night vision, bomb protection… We propose you the king of XUV.

Quantity produced: 50 pieces only
OUT OF STOCK

A MILITARY XUV FOR THE CIVILIAN MARKET, AN UNCONVENTIONAL MODEL REPLICATED BY DNA COLLECTIBLES

DNA Collectibles always look for interesting, surprising and rare models to reproduce. The Rezvani Tank Military Edition is a perfect example of this philosophy.
As usual, the interior level of quality is just amazing with all the tiny details. The Rezvani logo on the seat head restraint, all the buttons of the cockpit, the digital panel and the dashboard are replicated like in the real car.

We also put a lot of effort on the exterior. Starting with the typical global design of the Rezvani Tank Military Edition with its complexe shape. Talking about complexity, please have a look at the front bumper, grill and lights which were very challenging to make right. In addition, we would like to drag your attention to the specific tires and rims which will blow your mind of precision.