As stated in this title, the Ford F-series cars are one of the most sold vehicles in the history of the car industry… No less. We decided to reproduce the special edition from 2003 of the Ford F-150 SVT Lightning in 1/18 scale model car. With a top speed of 236 kmh (147 mph), this car held the official Guinness record of “World’s fastest production truck” during 5 years ! This performance bed truck is an improbable combination of a utility pickup and a powerful / fast / sportive engine.
Find below some specifications to support what we say: 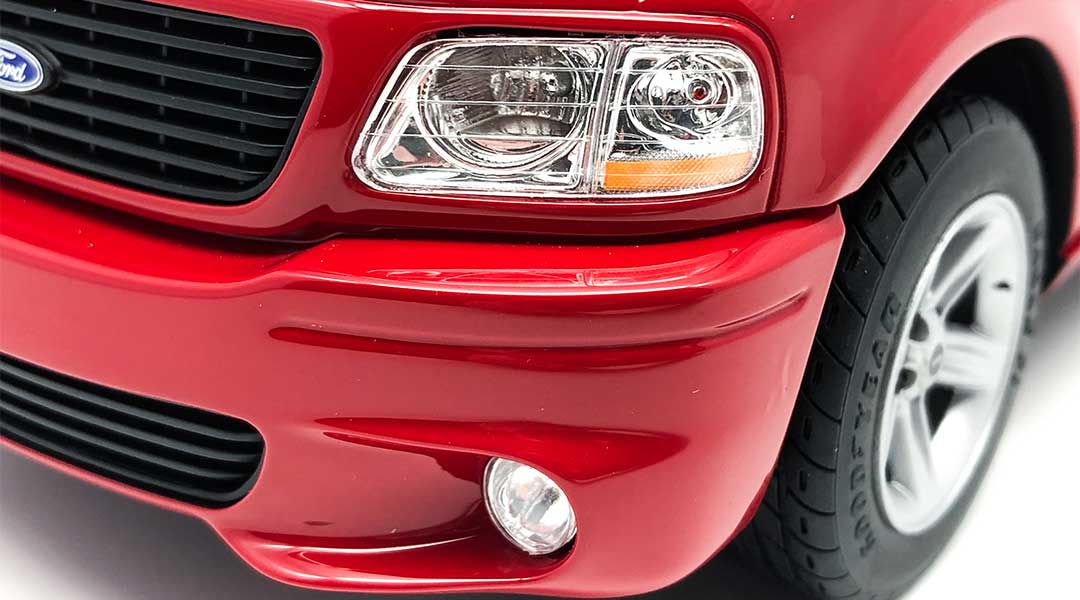 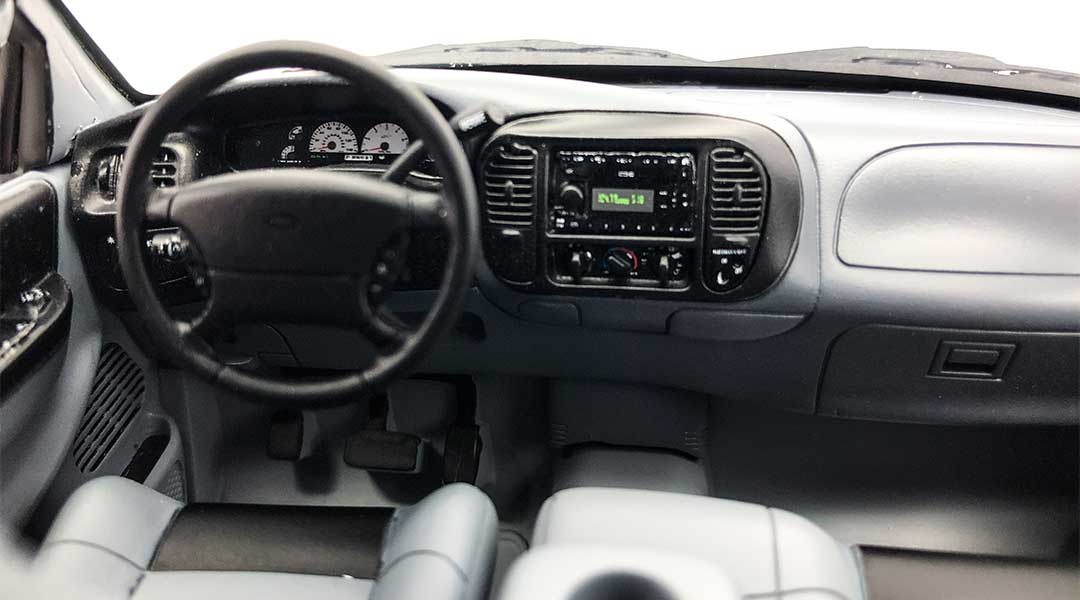 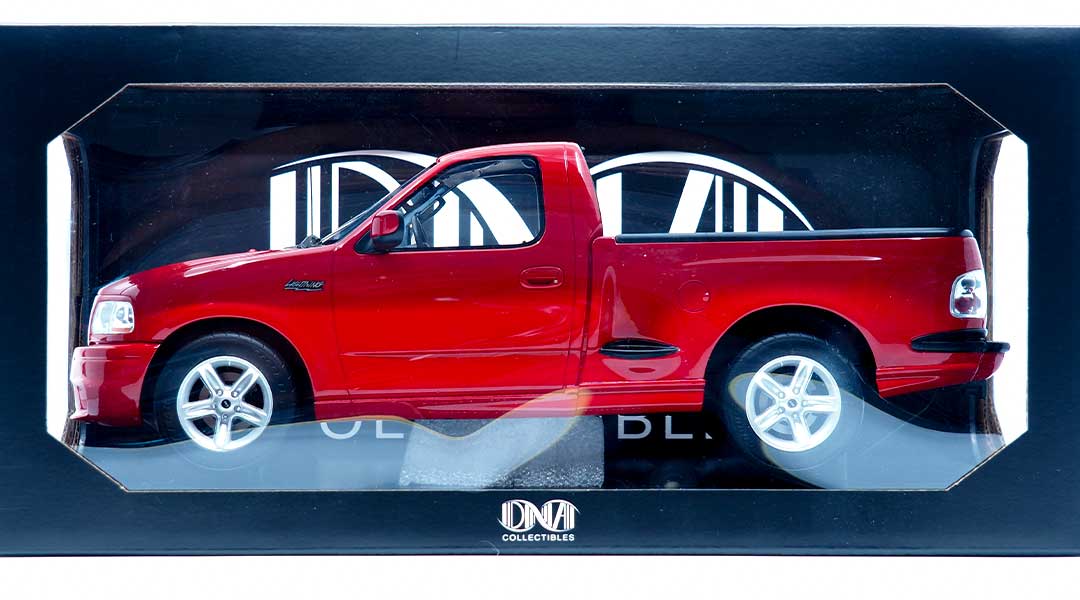