Have you ever needed a practical and roomy car, without compromising on the performances? This car was built for you! Launched in 2004, Subaru Tecnica International decided to fit the same 2.5l Turbo engine and running gear than the well-known Impreza in this 4-wheel drives estate body. More muscles also added with Recaro bucket seats and specific bumpers kit. This boxy wagon will never fear slippery, rainy and snowy roads with his WRX Rally DNA in its blood! Enough with the emotional justifications… let’s be technical now and analyse this beauty in details, starting with the exterior of the miniature car.
As usual, after running a poll to ask our community for their wishes, our Subaru Forester STI is available in 3 colors : Obsidian Black Pearl, WR Blue Mica and Aspen White.
YOU SAY, WE LISTEN, WE ACT!
STI stands for “Subaru Tecnica International” which corresponds to the special racing division of Subaru. And you cannot miss that this car is a STI version because it is literally sticked everywhere around the car : on the right and the left rear bumper, on the corner side of the perforated front grill next to the Subaru logo, on the front driver’s and passenger’s door, and finally on the trunk below the Forester badge.
If we keep focusing on the rear of the car, note that we applied an aluminum insert just below the trunk window to make it as realistic as possible. The rear tail lights are very specific (transparent glass with the circular central light inside) and are highly inspired from the Lexus IS200 which kind of launched a fashion of Lexus Lights during the 2000’s (and for example, also applied on the Honda Civic Type R that we already produced in the past). To finish with the rear of the scale model car, we perfectly replicated the single chromed exhaust pipe.
The wheels also need to specially highlight with the very well reproduced 18 inch aluminum rims and the Golden brake calipers with the Brembo logo integrated, only used for extreme testosterone cars. 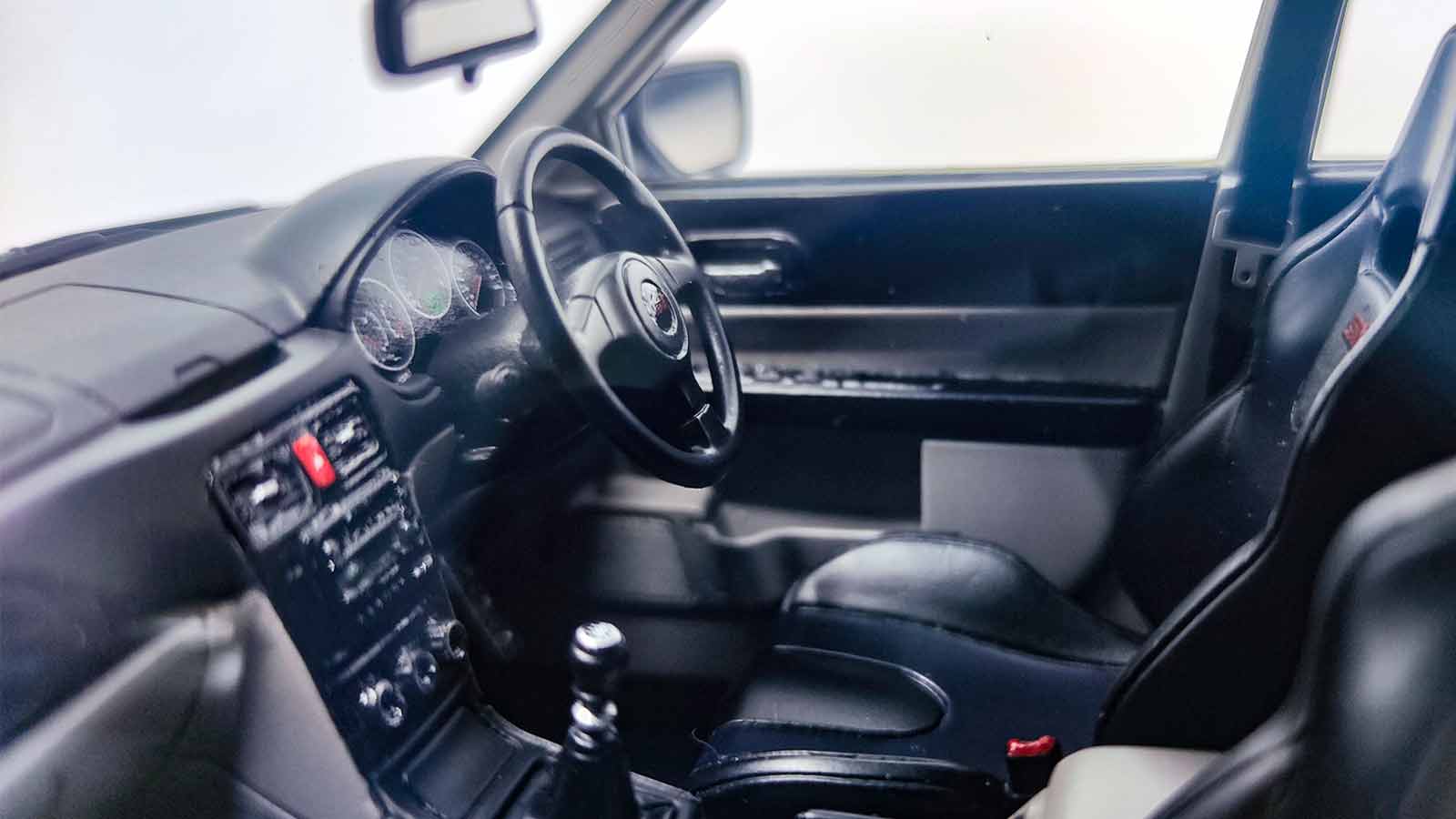 From now on, we can scrutinize the interior of the car which presents very interesting features.
The bicolor Black and Grey cockpit harmoniously blends with the body color. As said earlier, we developed this miniature model as a right hand drive, just like the real Subaru Forester STI SG9. The dashboard and the central console reveal fantastic tiny details such as the precision of the counters, the tiny buttons where you can actually see the writings and logos on it. The cockpit also integrates several added separate parts (instead of moulding everything into one piece) like the sportive 3 spokes steering wheel with the STI logo integrated, the 6 speed gear lever, the hand brake, the 3 large air conditioning and vent buttons of the central console, and the central mirror.
Some “fierce attitude” is brought by the magnificent Recaro bucket seats with the STI logo integrated once again.
The seatbelts are made of real fabric and the buckles are photo-etched parts! 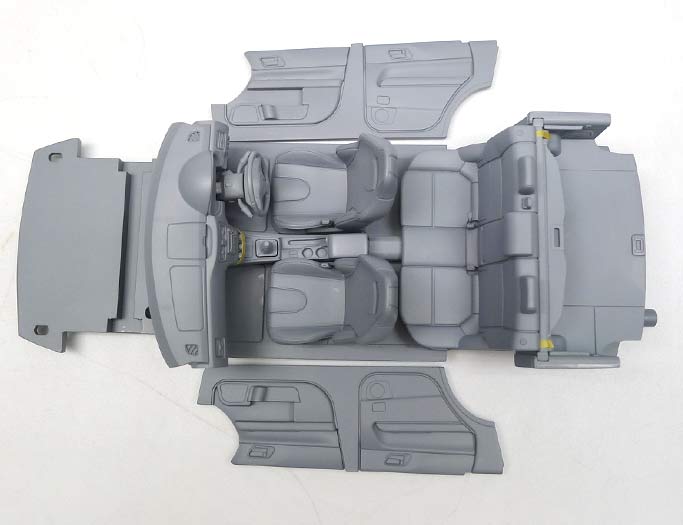